Multiple Employer Plan Rules are Poised to Include More Employees

Multiple Employer Plan Rules are Poised to Include More Employees

Multiple employer plan rules are poised to be changing, making it simpler for employees to join a retirement plan. The changing of the multiple employer plan rules would have a favorable impact on employers and employees.  Right now, it’s mostly in the discussion and proposal phase, however, that could all change soon. Here’s a brief rundown of what’s happening on Capitol Hill.

Perhaps the biggest news is the executive order President Trump signed at the end of August, impacting multiple employer plan rules, which makes it easier for small businesses to offer ERISA-protected, employer-sponsored retirement plans, and thus, makes them more widely accessible to millions of employees. One of the provisions in the  “Executive Order (EO) on Strengthening Retirement Security in America” calls for looser requirements for multiple employer plan rules (MEPs). The current regulations mandate that employers using MEPs must have some type of connection. Such as a common profession, for example. For this reason, MEPs have been widely adopted in the medical profession, where multiple physician offices will collaborate to sponsor a retirement plan for their employees.

President Trump’s EO calls for changes to the multiple employer plan rules that would permit unrelated businesses to join together and offer MEPs for their employees — an arrangement that’s not allowed under the existing laws. The President has also instructed the U.S. Department of the Treasury to review current required minimum distribution (RMD) calculations and partner with the Department of Labor (DOL) on ways to improve notice requirements and reduce related paperwork.

CNBC detailed additional legislative changes under consideration as part of a push for modifications to existing tax laws, including:

As CNBC points out, the desired objective of these legislative proposals is to help larger numbers of Americans save more for retirement. According to a 2017 Pew Charitable Trust survey quoted recently in Forbes, 35% of private sector workers do not have access to a retirement plan. What’s more, 48% of America’s current workforce is employed by a small business, according to data from the U.S. Small Business Administration Office of Advocacy quoted in the same Forbes article. Obviously, updating the multiple employer plan rules makes it easier and less expensive for small business owners to implement plans and gives more employees the opportunity to save for their post-work years. If such legislation passes, we can only hope that American workers see it that way, too, and that the uptake is strong based upon pent-up demand.

The timing, and what exactly will be included in the legislation, remains to be seen. It’s a positive sign that workplace retirement plans are getting so much attention among lawmakers, and that many of the proposed changes are designed to improve current offerings and enable more employees to save for retirement at work. If that happens, we could see a marked increase of assets into workplace retirement plans and increased savings rates, which would be a big coup for employers, workers and lawmakers. 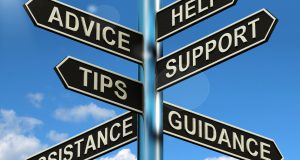 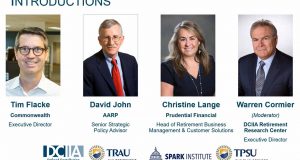